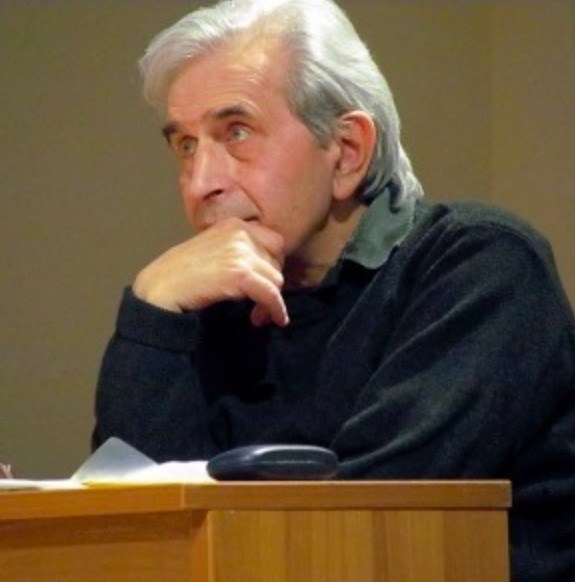 Tolis Nikiforou is a Greek poet and fiction writer, born in 1938 in Thessaloniki. He graduated from Anatolia College and studied business administration. He worked mainly as an internal business organization consultant in Thessaloniki, Athens and London.

He has been honored with five tributes in literary magazines with aproximately 80 contibutions by well-known critics. His poems have been translated into 10 European languages (in Spanish and German in independent publications) and have been included in many Greek and foreign anthologies, as well as in the textbooks of Modern Greek Literature of Secondary Education in Greece and Cyprus. For his fairy tale, Sotosapol the Gold Digger, he was awarded the Women's Literary Society Science Fiction Novel Award in 1989 and for his collection of short stories, The Road to Ouranoupoli (Ο δρόμος για την Ουρανούπολη) the Greek State Short Story Award in 2009.

The philologist and director Fotis Symeonidis produced a 58-minute documentary entitled I Love You-Censored, the Truth of the Poet Tolis Nikiforou (Σ'αγαπώ-Ελογοκρίθη, η αλήθεια του ποιητή Τόλη Νικηφόρου), which was successfully screened at the International Documentary Festival of Thessaloniki in 2015, at various other festivals, in spiritual centers, libraries, schools, as well as from ERT3 in 2017. His latest poetry book is entitled Letter of Recommendation (Συστατική Επιστολή) (Mandragoras Publications, 2022).

As a Citizen TALES Commons member he is seeking to mingle with like-minded poets and writers.