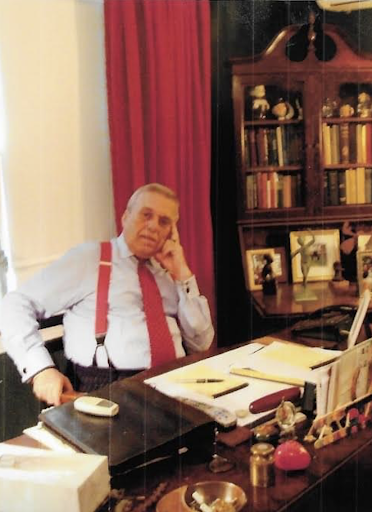 George Melikokis is an expert in Greek Education in America which he has served for more than forty years under many capacities. Among his many important contributions is the development of the curriculum and topics for the books Mathaino Ellinika (I learn Greek) and his collaboration with the Cordell Hull Foundation for International Education, a not-for-profit organization that has sponsored several qualified teachers from Greece since 1951.

He holds a Ph.D in curriculum development and educational research from New York University. He received a B.A. in sociology with a minor in psychology from Hunter College, a second B.A. in education with a minor in philosophy and an M.A. in comparative education and administration from Fairfield University in Connecticut.

As a consultant for Greek education, he serves on various boards of the Greek parochial school system including St. Demetrios School in Astoria and the Archangels Greek Afternoon school in Stamford, Connecticut, where he resides.

He has published over 75 articles in various Greek publications addressing education. He is the recipient of many awards and honors for his contributions to Greek language and culture that included a plaque given to him in the US Capitol twice, once by the World Council of Hellenes Abroad (SAE) and once by the Federation of Greek American Teachers. In his spare time, he enjoys gardening, planting flowers and vegetables.

As a Citizen TALES Commons, he is involved in offering his expertise on Greek language education and on issues related to migrant's "cultural shock" when coming to the US and helps them acclimate more comfortably into American culture.