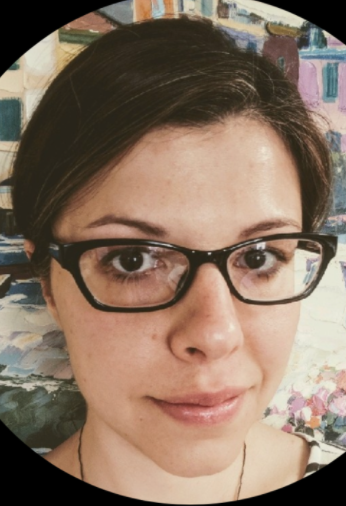 I am currently working on a memoir that addresses a hate crime I experienced in 2004 while a grad student and grad teaching assistant at Emory University. It is somewhat of a legacy memoir, in that I explore my father's story of being forcefully conscripted into the Greek military Junta in the 1970s, and the torture he experienced. He has his own story of survival and then there is the framework of fascism which creates the broader story. He raised me to be a political activist, and there are parallels in our stories of surviving trauma, as I was a Greek immigrant activist suddenly marked as an honorary white woman when I was beaten and the story was covered up by the police and academia, who took sides with my attacker. I have my story of survival, but also of experiencing survival and trauma during and after during a racially tense climate, beginning in the south of the U.S. (Georgia) where this took place. The book examines my story and my father's, and looks at how individuals inherit and process the sins of their nations. I feel Citizen TALES Commons would be able to support my work because my book is also about belonging/not belonging, and I could submit excerpts from my book when it is ready and do a presentation to get feedback on the book, especially with regard to conversations about Greekness and White identity. I feel I could also simultaneously support projects done by others Citizen TALES members by providing feedback as a former adjunct professor and Ph. D. with a background in trauma studies, comparative literature and theories of democracy.