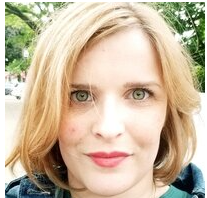 Professor of Philosophy and Religious Studies and chair of the Department of History and Social Sciences at Bunker Hill Community College in Boston, MA

Monica joined Citizen TALES Commons inspired by the Sappho course syllabus taught at MIT in the Fall of 2019, as she is trying to re-engage in scholarly work and writing after a lot of time focusing on teaching and academic service. She is working on shifting her writing style more toward public scholarship, which hasn't been part of her skill set so far, So she is interested in learning from the ways Citizen TALES does that already.