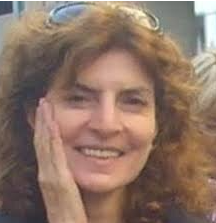 Rahilya Geybullayeva is PhD from Lomonosov Moscow State University,1989, Moscow, and received doctor nauk degree (Dr. Habil.) from Literary Institute, Azerbaijan National Academy of Sciences, 2004. She is an author of more than 100 researchers (papers, monographs, textbooks, conference and workshop concepts) on system/ structure theory; shared past and its modern-day interpretation; stereotypes, archetypes, prototypes, and starting points of national literatures and cultures. Her research interests focus on cultural matrix; social and cognitive anthropology through the literary and religious text; semiotics, identity and "nationality" of cultural artifacts.

As a recipient of UNESCO, Carnegie and Fulbright Fellowships, and served as a visiting scholar at SOAS, London University (Intercultural Dialogue Regular Programme), and at the Comparative Literature Department, University of Wisconsin -Madison, USA (project “Conception of National Literature”); The Berkeley Program in Eurasian and East European Studies (BPS) University of California, Berkeley (Field Development project on “Cross-disciplinary social sciences and methodology and theory), and since October (2019) at the Anthropology Department, Harvard University.

As a member of Citizen TALES Commons, I would like to work on what people say now (citizens tale) on an example of modern-day behavioral modes, how to follow "ancient' traditions - do this, do like this, and role of "they say" shaping traditions; to compare "now" and "then", "now" and "behind" rites and modern-day rules.