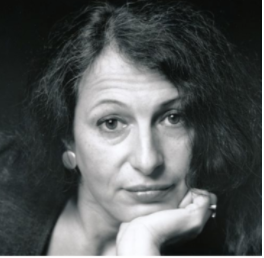 Carmen-Francesca Banciu is an award-winning author, journalist, and lecturer who grew up in Romania as the daughter of a high-ranking member of the Communist party. She studied in Bucharest, going on to win the International Short Story Prize in Arnsberg, Germany in 1985, leading to a ban on her works in Romania. Her last novel Lebt wohl, Ihr Genossen und Geliebten/Farewell Dear Comrades and Lovers was on the Longlist and nominated for one of the most important awards in German speaking countries, the Deutsche Buch Preis. She is currently working on a documentary play in collaboration with the Department for Modern Languages of the University in Birmingham and the theater company “La Conquesta del Pol Sud” from Barcelona, recreating and performing her autobiographical story for the stage.

As a Citizen TALES Commons member, she is currently working on another documentary project based on her interviews with Holocaust survivors.